The Dinosaur Empire begins an attack on New York and Musashi Tomoe pilots the Getter Robo alone to fight them, while Dr. Saotome has finished a new and more powerful Getter Robo to fight the dinosaurs: Shin Getter Robo. With Ryoma and Hayato unable to do anything, Musashi sacrifices himself by detonating the Getter Core in Getter Robo to wipe out the Mechasaurus army; resulting in the annihilation of all of Manhattan, while Emperor Gore is almost killed and was put into a critical condition. With Emperor Gore still alive, Dr. Saotome is prepared to fight back, but the Japanese government stops him with a full warrant to control all research on Getter Rays to prevent another incident like in New York after being pressured from the international community.

Five years later, the Getter team went their separate ways, with Ryoma becoming a wanderer and Hayato building the plasma powered Neo Getter Robo to defend Japan as part of the government organization NASAR. He seeks out pilots for the robot, with Sho Tachibana and Gai Daido having been recruited off-screen, a test pilot is initially shown as having died in an explosion of a test Neo-Eagle forcing NASAR to find a new candidate. Hayato scouts out the young underground martial artist Go Ichimonji as the final pilot, helps him escape when the Dinosaur Empire attempts to capture him, and has Go pilot the Getter to destroy a Mechasaurus.

With the Getter Team complete, they fight against the returned Dinosaur Empire with help from the Texas Mack, an American Robot built as a special defense presumably against the likes of the Mechasaurs. However, as the attacks become more fierce and the empire goes to the shut-down Saotome Institute, the Getter team decides to unleash Shin Getter Robo due to Neo Getter Robo becoming damaged beyond repair after a battle with an army of prototype Getters piloted by dinosaurs.

Emperor Gore is fully restored and attempts to destroy Japan. The new Getter team, now armed with Shin Getter Robo, attempt to fight Emperor Gore who grows to gigantic size and his salvaged UFO. However; due to the UFO's initial shielding, Gore's enhanced power, and the pressure from the Getter Rays; the Getter team is pushed into a corner. However, with help from Ryoma and Hayato, they are able to utilize the Getter Rays to transform the Shin Getter into a stronger form and destroy Emperor Gore before escaping seemingly no worse for wear. With the battle over, Ryoma tells Musashi that everything is over.

The credits show images of Saotome Labs being rebuilt with Hayato supervising, Ryoma establishing his dojo, Michiru playing with Genki outside of the new Saotome Labs, Dr. Saotome in a group shot of his staff with Benkei Kuruma behind and to our right, Sho practicing her swordsmanship, Gai stuffing his face, and Go relaxing in a field with a plant in his mouth. The OVA ends with a group shot of Shin Getter Robo and Texas Mack, with their pilots, in front of a mountain.

On April 7, 2015. Discotek Media announced that they would release all 4 episodes on Blu-Ray with Japanese audio and English subtitles.[1] 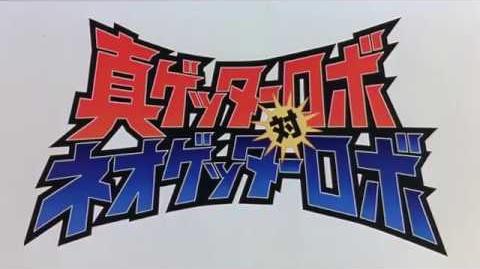