In Getter Robo Daikessen, the Shin Getter Dragon is obtained in the last stage in the game, stage 21. Shin Getter Dragon was born when theSaotome Institute used Getter Robo G as the battery for Getter Emperor. During the process, it mutates into a new form. This new form cannot separate and transform, but can transform parts of its body to resemble the Getter Liger and the Getter Poseidon.

After it was separated from its cocoon, it was revealed that it had organic-looking eyeballs, and one of its eyes turned to look at Ryoma, implying that it is alive and sentient to some degree.

While the robot is called "Shin Getter Dragon" in both gameplay and cutscenes, it is referred to as "Shin Getter Robo G" in the combination test minigame.

The Shin Getter Dragon has made multiple appearances in the Super Robot Wars series. 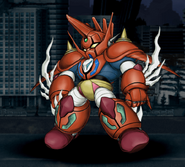 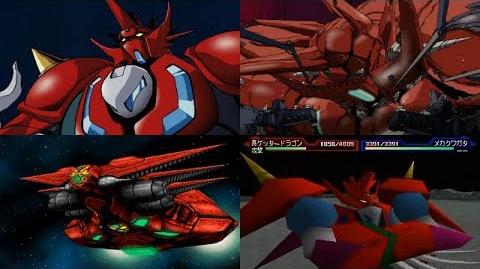 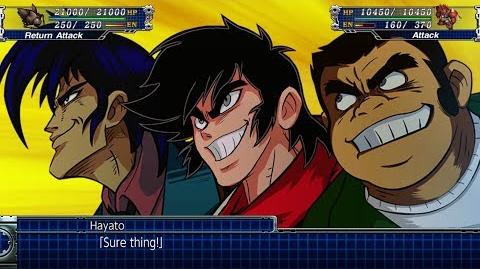