Kyojyuki was a Hyakki Beast that layed dormant inside a newly constructed building.

Kyojyuki was a large spider like Beast. It had a large flat body with six long spider like legs attached to its sides. It had a reptilian like head with compound eyes, long hair and a short horn extending from the top.

Kyojyuki could attack with his long pincer like legs, which despite their thin size could pierce through buildings. 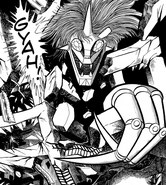 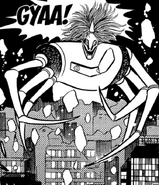 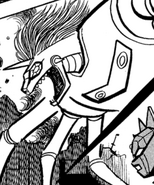