Kurab was a large crustacious Metal Beast and the first one encounterd by Go Ichimonji and Sho Tachibana in Getter Robo Go.

Giant in size, Kurab had a large bulbous body with a face-like cockpit at the bottom and large tentacles in place of legs. It had two massive claw-like extensions on each arm, with a mohawk on one of them and both with a large set of teeth.

Kurab's claws served as its primary form of attack, its shere size also caused a lot of damage simply due to how big it was. 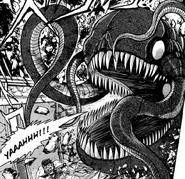 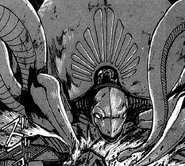