Kokuryuki was a Hyakki Beast sent out as a scout by General Hidler only to be quickly defeated.

Kokuryuki was a humanoid Beast with a shiny black casing. It was slightly hunched over and had forearms wrapped in missiles. It had a large circular eye with a target and bull like horns on the sides of its head. Around its stomach was a studded belt.

Whilst it never got to use any of its powers, it can be assumed the missiles around its arms could be used for such combat. Since it was a scout, it was never very powerful in combat and likely used radar and tracking.

Kokuryuki was sent out to locate the space disease Andromeda, however before anymore action could be taken it was quickly destroyed by the Getter Robo G. 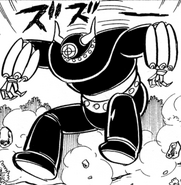 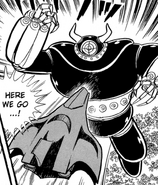 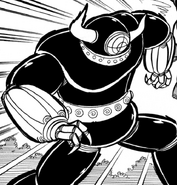