General John Lambert is the co-pilot and gunner of the Stilva α04 as well as the partner of Schwartz Koff.

General Lambert is a tall and well built middle aged man with dark but balding hair as well as a thick mustache. He has a scratch on his face, likely from an earlier battle. Unlike his co-pilot Schwartz, Lambert is more accepting of outside help including the fugitive Getter Team who were of another country especially since they were also fighting against the forces of Vega Zone. Nevertheless, he follows any order from superiors including not to give the Getter Team any further help at the base.

Lambert is a competent pilot able to use the Stilva to its fullest especially with its weaponry.

Lambert and Schwartz were patrolling the outskirts of the base when they came across an SOS from the Getter Robo Go. While Schwartz was against helping the Getter, since Lambert outranked him and they fought the Metal Beasts using the Stilva. Back at the base, Lambert introduced himself and explained Schwartz's animosity towards the Japanese. During a Metal Beast attack, Lambert was left wounded and unable to pilot the Stilva for a while. By the time for the battle with the Dragon Turtle, Lambert joined Schwartz for a kamikaze with the Stilva and died as a result. 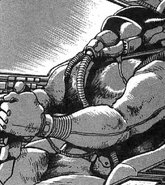 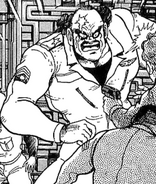 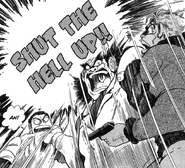 Ol' John breaks up a fight 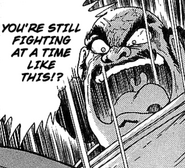