Jeronigan was gigantic in size with a bird shaped had and large flat body, its tail is tipped by various thrusters.

Jeronigan was able to fly and carry a large crew, as well as many other smaller Hyakki Beasts. It could fire missiles from its wings. 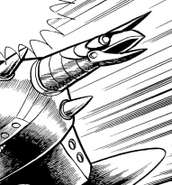 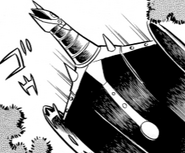