Mechasurus Giro was one of the four Mechasaurs sent to Mt. Daibetsu  by the Dinosaur Empire.

Giro had a large black shell on his upper body, shoulders and head. He had a large central horn atop his head and reptilian features across the rest of his body.

Giro was incredibly fast and agile, even being compared to a ninja by Dr. Saotome. He could ram with his horn and run at lighting fast speeds, able to emit tornados as he did so. 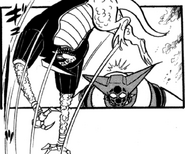 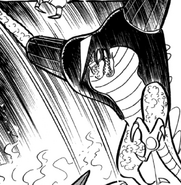 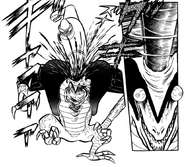 Giro is slain
Community content is available under CC-BY-SA unless otherwise noted.
Advertisement