Gettersaurus (ゲッターザウルス) is a special Mechasaurus created from the combined technology of the Dinosaur Empire and the Saotome Institute in Getter Robo Arc. It is piloted by Ganryu, Vise, and Gozro who are able to handle the immense pressure exerted by regular Getter Machines and are all just as powerful as their counterparts.

The book Getter Robo Arc Offcial Works revealed the designs of the unseen Saurus-2 and Saurus-3. Saurus-2 has a similar shape to Getter Liger, having an overall leaner shape than Saurus-1 with a drill arm and a claw on the other arm. Any other abilites it might have are unknown. Saurus-3 stockier than the other configurations and appears to bladed wheels in place of legs or tank treads.

Gettersaurus was used by Ganryu, Vise and Gozro along with the Getter Team to fight the Andromeda Country on the other side of the Zone. 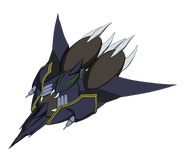 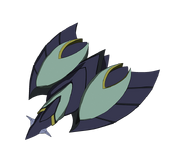 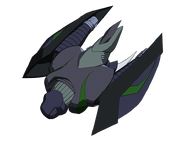 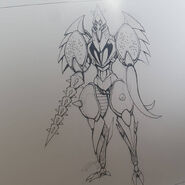