Getter Robo Go was originally planned to be a remake of Mazinger Z hence some of the similarities between the titular robot and Mazinger along with its main characters as well as the role of the Metal Beasts. However, Toei later changed the project to a Getter Robo story due to its complexity.

In the year 200X, Dr. Lando a mad scientist begins his attempt to take over the world from his Polar Base in the Arctic with his Metal Beasts constructed by the magnetite material G ore. Japan's Defence Agency requests help from NISAR who developed a new robot called the Getter Robo. The head scientist Dr. Tachibana is reluctant to use the robot for battle, but after his son Shinichi Tachibana's death he agrees to do so by strengthening the Getter Robo for combat after barely managing to do so with its pilot Go Ichimonji. Dr. Tachibana's daughter Sho Tachibana and another recruit Gai Daido later appear to pilot the Getter Robo along with Go in the battle to defeat Dr. Lando. 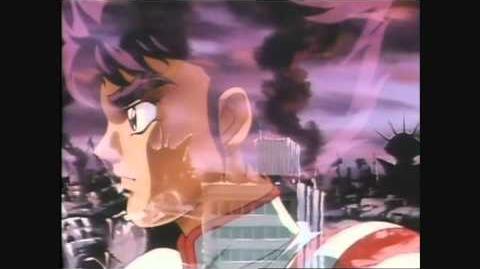