Getter Robo Go (ゲッターロボ號) is a manga series by Ken Ishikawa released on 1991. Unlike its anime counterpart which was a remake of the original Getter Robo series, this version is a sequel to the previous manga series making it part of the Getter Robo Saga.

Sixteen years after the battle with the Hyakki Empire and a fatal accident at the Saotome Institute, Hayato Jin and Dr. Tachibana have started a project with funding from the Japanese government called the Getter-Go project to find suitable pilots for the new Getter Robo to combat the Metal Beasts of the mad scientist Dr. Lando. The pilots recruited include highly skilled athlete Go Ichimonji, Dr. Tachibana's daughter and skilled swordswoman Sho Tachibana, and former Getter mechanic Gai Daido. Together they battle Dr. Rando's forces to prevent his plans for world domination.

When Dr. Lando threatens Japan to turn over the Getter Robo, the Getter team escapes to Alaska but encounter Metal Beast forces. With the Getter badly damaged from all of the fights it got in, they are eventually helped by an international team of super robot pilots including the white supremacist Schwartz Koff who has a high dislike of the Japanese population. With the battles between sides becoming more fierce, and Schwartz falling for Sho both groups work together in battle. With the battle won but the Getter Robo badly damaged Go and Gai go back to Japan on the Getter's only remaining jet while Sho stays behind to work with Schwartz in battle.

But with the battle between Dr. Lando over, the scientist was betrayed by his second in command Count Rasetsu who is revealed to be an officer of the dormant Dinosaur Empire. With Dr. Lando dead, Emperor Gore's successor Empress Jatego takes command to retake the surface and destroy their biggest threat, the Shin Getter Robo. With help from Kei Minamikaze, Go, Gai, and Hayato manage to stop the bomb Metal Beasts from destroying the Saotome Institute and inside the facility is the Shin Getter Robo, a true Getter Robot and the cause of the accident fifteen years prior to the series. Hayato has Go and his companions go find Hayato's former co-worker Ryoma Nagare while encountering the mysterious Messiah Tahir.

With the Dinosaur Empire on the move and attacking the Institute, the group manages to ward them off by piloting Shin Getter. However Go, Ryoma, and Tahir are the only ones to keep their sanity and consciousness unlike Kei or Gai. Seeing Gai go insane and later absorbed by the Getter, Go decides to destroy the Getter but is convinced to do so after the battle is over especially with the Empire trying to remake Earth into their image. Go, Ryoma, and Tahir pilot Shin Getter for a final battle and manage to destroy the Empire's forces before having Shin Getter impact on Mars' polar cap which causes it to melt and start a terraforming process.

The manga influenced later projects in the Getter Robo franchise such as the introduction of the Shin Getter Robo and having a little bit of influence in the creation of Getter Robo Armageddon. 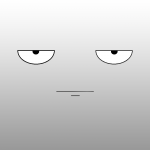 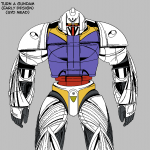