The Getter Robo is a giant robot created by Dr. Saotome to combat the Devolved. Like its other counterparts, the Getter Robo is powered by the mysterious energy Getter Rays and is the only thing capable of damaging its intended target.

The primary formation of the Getter Robo piloted by Ryoma Nagare with the formation going from Eagle>Jaguar>Bear. This form is capable of flight and is a balanced fighter possessing powerful close combat capabilities as well as ranged weapons. For close combat, It releases the Getter Tomahawk from the shoulder area. It takes form either of two cleaver-like blades, or one double-edged axe on a spear shaft. The axe is powerful enough to cut through the body of a Devolved with little resistance. As a finishing move, it uses the panel on its abdomen to release the Getter Beam, a beam of concentrated Getter Rays that cause most of what it hits to break apart. It can also release beams from its shoulders in the form of multiple homing beams or large concentrated blasts. At some point its flowing cape used for flying "evolves" into a pair of wings, which can shield Getter 1 from enemy attacks, and long tail, with which it can sting. Along with that it can also use a more powerful version of stoner sunshine

The ground formation piloted by Hayato Jin in the Jaguar>Bear>Eagle assembly. This formation is armed with a large drill for combat and moves at extremely fast speed, able to appear at an area in the blink of an eye when piloted alone.

The heavy/submersible formation piloted by Musashi Tomoe in the the Bear>Eagle>Jaguar assembly. This formation is armed with retractable tentacle-arms, and missiles in its tank treads. It's heavy weight and armor allows it to travel through water without worry of pressure. Musashi implements his Judo style into this form.

The design of this version of Getter Robo seems to be inspired by that of the Scale Mail armor worn by Issei Hyoudou in High School DxD, even sharing the same tail. Coincidentally, Ryoma Nagare is even voiced by Issei Hyoudou's Japanese voice actor, Yuki Kaji, in Super Robot Wars 30. 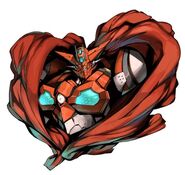 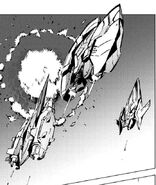 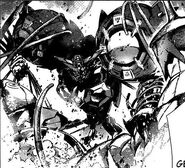 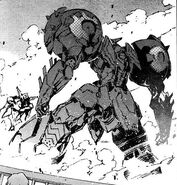 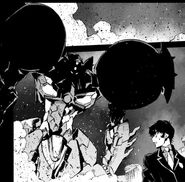 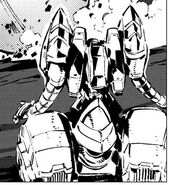