Getter Emperor (ゲッターエンペラー Gettā Enperā) is a existence that seems to be the final form of Getter Robo that has evolved to the size of crushing the stars. In the distant future, the Earth humans have set sail from the forgotten solar system to protect the Earth humans from unknown enemies encountered in space. It is said that it has a memory of Ryoma Nagare, and it seems that it is constantly evolving. The combined energy is blown away in a small galaxy. [1] It appears in the 2021 TV animation Getter Robo Arc.

It is a combined of three giant battleships that are part of the Getter fleet. Each corresponds to one of the Getter Emperor Get Machines.[2]

The existence is observed by Takuma Nagare, Sho Kamui and Baku Yamagishi when they are sent to the future with the Gettersaurus team. They meets a clone copy of Musashi Tomoe, who explains their fight against the Andromeda Country.

Later on after Getter Arc is floating in space after destroying Uzala, Emperor's Eagle ship arrives and brings it inside. Within the Emperor, Takuma and Baku observe the Getter Mandala and Baku decides to stay behind to understand the nature of Getter better while Takuma in Getter Arc is sent back to Earth by the Emperor. 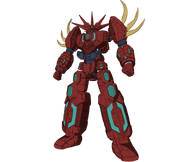 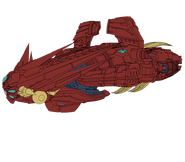 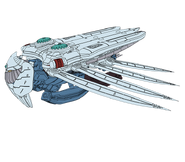 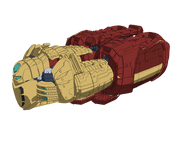