Gera was a Mechasaurus created by the Dinosaur Empire that was sent out to go and destroy one of Japan's cities.

Gera travelled in a massive capsule with a see through bottom, and a large mechanical body at the top with a blunt beaked bird like head. Its true form however was a mutant jellyfish which grew in size inside the tank.

Gera could emit beams and absorb energy allowing It to continuously grow to gigantic sizes. It was also able to swim through deep waters. 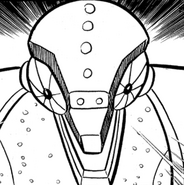 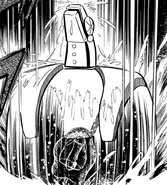 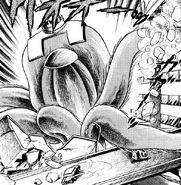