Emperor Burai is the leader of the Hyakki Empire and the primary antagonist of Getter Robo G. While his origin was added as part of a reprint to the manga years later, it plays a major role in the series and later releases.

According to an extra chapter, Burai was originally a young scientist who came into contact with a UFO in the Arctic (the UFO was revealed to be from the Andromeda Country). When one of the brains in the spacecraft combined with his body, he gained his current form and power acting on the will of the alien brain and gathered followers using similar methods to create an army to conquer Earth while knowing about the threat of Getter Rays.

Emperor Burai resembles a middle aged human with a pair of large antler-like horns extending from his head that features outgrown hair and a beard and is always seen in a military uniform. Burai is megalomaniacal after his transformation into an advanced Oni desiring to conquer the world under an iron fist. Driven mad with power, he sees all other lifeforms as below him. As a spirit in the Getter Rays, he displays a much more understanding persona, knowing the risks that have to be taken in order for the Earth not to be destroyed yet displays the symptoms of being absorbed into the Getter and becoming dependent on it.

Emperor Burai has command over the entire Hyakki Empire giving permission to those under him to enact on his behalf. His horns act like radio antenna which allow him to control machines created by the empire including Hyakki Beasts.

Burai mainly stayed on the sidelines speaking with his lieutenants and generals of plans to defeat the Getter Robo. At times he participated in those plans but always witnessed those plans end in failure. At one point, a UFO similar to the one that made Burai his current self appeared and he took control of it to fight the Getter Robo G, ultimately it was driven back. By the time Uzahra was uncovered, Burai attempted to get control of the robot but later took advantage of when it took the Getter and allowed the empire to invade and effortlessly conquer Japan. However, the Getter returned and with Uzahra as backup. Effortlessly taking out the armies, the Getter team has Uzahra bring the fortress island into space. Burai witnessed Raoh being released and the Getter destroying the fortress with a Shine Spark.

Burai's body was found in the wreakage of his empire by a spacefaring army from the future that made him into a gigantic cyborg to destroy the Getter Robo. Arriving on earth and proving to be more than a match for both the Getter Robo and G after releaseing an army of Hyakki Beasts from his body, the newly built Shin Getter Robo was released to fight him. It quickly tears its way through the Hyakki Beast army and into the gigantic cyborg body that was holding Burai together where they discover him inside.

He tells them what had happend to him and that they had built his new body in the blink of an eye, and that they were slowly coming to Earth to destroy the Getter. Overpowering Burai, the new Getter rips his body from his thorne and flies the cyborg demon out into space before throwing it out into its deepest reaches.

Burai later appears as a spirit within the Getter Rays along with Emperor Gore to Dr. Saotome giving their support to the Getter Team as the army from the future could destroy the Earth knowing the Getter is the only thing to stop them. 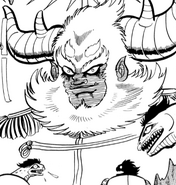 Burai as he first appearers in the saga 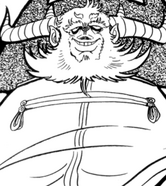 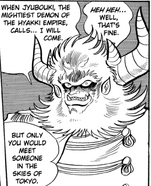 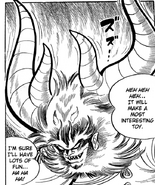 Burai before his transition 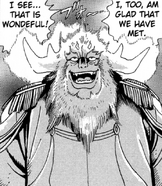 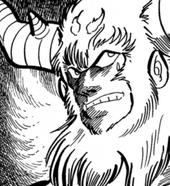 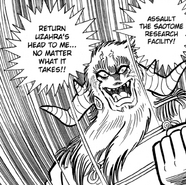 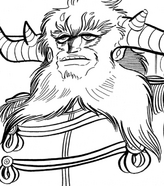 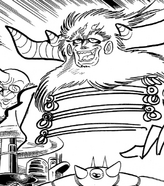 Burai leads the invasion of Japan 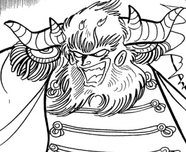 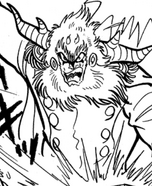 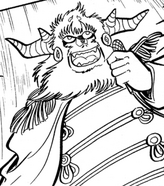 Burai orders the executions of his human captives 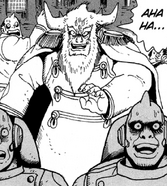 Burai is vaporised by the Shine Spark 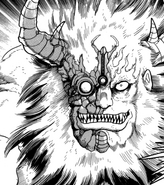 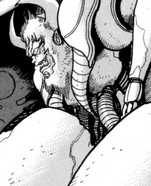 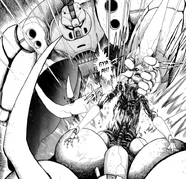 Burai is slain for a second time
Community content is available under CC-BY-SA unless otherwise noted.
Advertisement