Dr. Saotome (早乙女博士 Saotome Hakase) was the foremost researcher in Getter Rays as well as the father of Michiru and Genki Saotome. Upon discovering the Invaders, Dr. Saotome tried to fight against them but he became infected by them and was driven mad becoming the enemy of humanity.

Dr. Saotome resembles his original counterpart including the pilot suit he used for a short while, but had a long mustache along with his usual facial hair.

His right eye, usually hidden by his hair, is filled with Invader infestation.

Dr. Saotome was a pragmatic scientist dedicated to his goal of the Getter Robo in his original goal for it to be used for space travel. Upon discovering the Invaders after they infected his daughter Michiru, he was driven to destroy them but was rendered a puppet by the Invaders themselves which drove him mad. While he still had his sanity, Dr. Saotome came up with a few countermeasures to fight the Invaders including Shin Dragon and Go. At the end of his life, Saotome regained his original composure thanking the Getter Team for what they managed to do.

Dr. Saotome designed and overlooked the most of the models of the Getter Robo. As such he knows how to work with them and how to find the right pilots. While nowhere near as competent as a pilot, his invader infected body allowed Dr. Saotome to pilot a Getter Robo-like Metal Beast and even pull off abilities that the original model could not do before.

Dr. Saotome originally created the Getter Robo for space travel and progress was well with the original model. However when testing the Getter Robo G killed his daughter Michiru, things took a turn for the worse. Saotome had discovered that Michiru was infected by Invaders prior to the launch. Saotome set off plans to fight the parasitic invaders but ended up becoming infected by the parasites attached to Michiru. Driven mad, he made desperate attempts to create countermeasures. Hayato had caught wind of the situation and killed Dr. Saotome while framing Ryoma so that he wouldn't get in the way.

Unfortunately, the Invaders resurrected Dr. Saotome and drove him to building machines for them to inhabit. The original Getter Team was called in to eliminate Dr. Saotome but the Invaders forces overwhelmed them which took the life of Musashi. Several years later, Hayato attempts to use Go and Shin Getter Robo but even then Go was overpowered and was put in a coma. The original Getter Team now including Benkei decide to pilot the Shin Getter to fight Dr. Saotome in a final showdown with Saotome and his teammates: Cowen and Stinger piloting Metal Beast Dragon. The Getter Team fight a difficult battle against Saotome especially when he uses an illusion showing the deaths of Michiru and Musashi. But the real Michiru and Musashi's spirits guide them out and with the Shin Getter, the Getter team destroys the Dragon. As Dr. Saotome nears the end of his life, he manages to grab hold of the Invaders infecting him and thanks the Getter Team for stopping him before he is consumed in the blast. 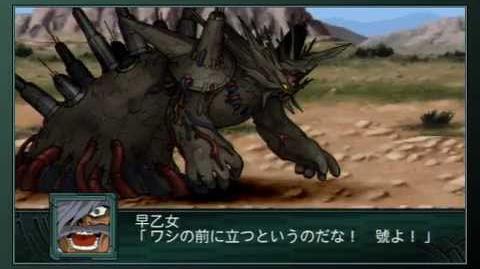 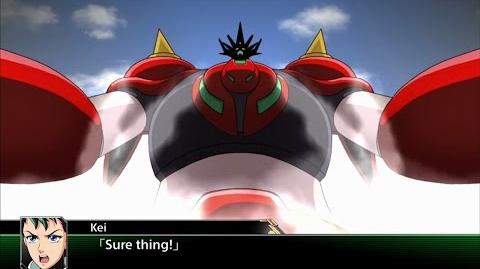