Dr. Gura was a high ranking scientist in the Hyakki Empire and a deadly threat to the Getter Team and humanity.

Gura was a short elderly Oni, he was bald with a thick beard, spiked sideburns and large eyebrows. He had a horn located centered on his forehead and was never seen with out his monocle. His human disguise was near identical, only without the horn.

Gura was scheming and manipulative, and even more dedicated to the Hyakki Empire than Emperor Burai himself was. He is willing to trick a town with no doctors into becoming test subjects for his experiments to expand the empire's army by disguising his laboratory as a hospital. When push comes to shove, he is even willing to take risks that not even Burai would take such as using Raoki which endangered the entire base.

Gura was one of the best scientists of the Hyakki Empire, having a hand in the Hyakki Robots' creation. He also controls several and Hyakki Robots using a machine he invented channeling electric signals similar to a remote control. He is an adequate pilot able to control Raoki which was able to overwhelm the Getter Robo G for a period of time.

Gura first appeared using Y City as a base using a laboratory disguised as a hospital. He had already converted hundreds of people into Oni and was in the process of turning the amnesic Ryoma into one of their own. However interference from both the Getter Team and Dinosaur Empire prevented this. Gura then watched as the Dinosaur Empire fell with his emperor.

Gura usually remained behind the scenes observing events from a distance and provided tools and technology to the empire's schemes. As the invasion of Japan was beginning to be usurped by the arrival of the surviving Getter Team and Uzahra, Gura took it upon himself to unleash the hazardous Hyakki Robot Raoki. Raoki fought until its heat radiation became critical. The Getter Dragon managed to get it out in time before it exploded taking Gura with it.

Gura as he first appears in his human disguise 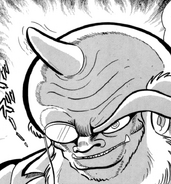 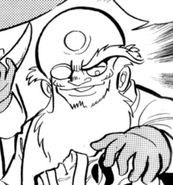 Gura prepares to do surgery 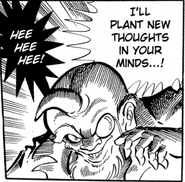 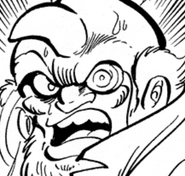 Gura as a human 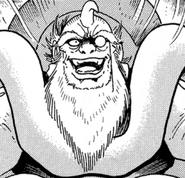