Bull was a large Mechasaurus resembeleing a large steel dinosaur with bull-like horns.

Bull was incredibly strong and could ram his foes with his horns, he could also fire off his horns like a boomerang. 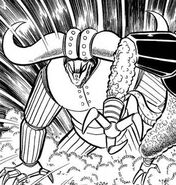 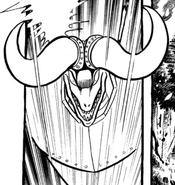